How To Become A Master Of The Bolly Game?

How To Become A Master Of The Bolly Game?

Online Slots: Why These Slots Are the Sensible Choice?

Online Slots: Why These Slots Are the Sensible Choice?

What to look for when buying the best laptop for gaming

What to look for when buying the best laptop for gaming

How gaming has improved with new gaming laptops

How gaming has improved with new gaming laptops

Profitable Business Ideas For Gamers in 2022

Profitable Business Ideas For Gamers in 2022

Earn money by playing the fun game of Indian Rammy.

Earn money by playing the fun game of Indian Rammy.

The ways to avoid losing in a game of rummy

The ways to avoid losing in a game of rummy

Important facts related to the game of rummy 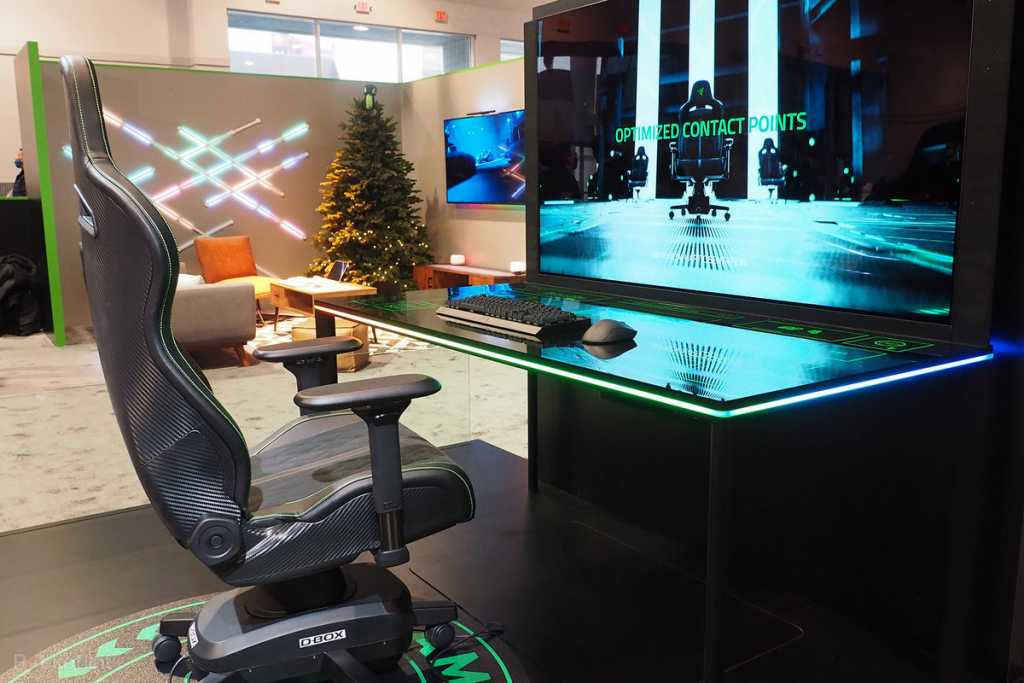 Tech enthusiasts are always looking forward to what other techies will come dragging into the latest CES event, regardless of how bizarre it may sound or look. Well, if you take a step back and think about it, what seems strange today, may be commonplace in the next decade.

Who would have thought online casino platforms such as vulkanvegas.com/ca, electric cars or even smartphones could at one time be adopted by the average consumer? Remember how much the iPhone was first criticized before it was released? Even Steve Balmer, the then Microsoft CEO, did not think that iPhone would succeed when Steve Jobs launched it in 2007. As for the idea of electric cars, Elon Musk himself once thought (in 2006) that starting an electric car company was ‘idiocy squared’ – yet here we are!

One company that has been in the limelight at previous CES and especially since the pandemic hit is Razer. It is one of the few companies that has consistently been working to make life much easier and experiences more fun for gamers. Since making its debut in the gaming industry with its ergonomic gaming mouse and later keyboards, laptops and smartwatches, Razer has been busy experimenting with different ideas to improve the quality of life for gamers.

You may Also Like :  What to look for when buying the best laptop for gaming

A New Frontier for Razer

At CES 2022, Razer just launched another concept that may take off in gamer circles in the near future, Project Sofia. Of course, there are many gaming desks on the market today, all of which are tailored for specific player profiles, especially height and stature. However, project Sophia is a customizable desk that lets the gamer build their own ideal desk piece by piece, choosing what they want to include and what they don’t want to. This means that different people can use this same desk by simply removing what they don’t need or adding what they require to what has now been dubbed ‘the world’s first modular gaming desk concept’ by the company itself.

If you have been following Razer for some time, you may already be familiar with previous concepts presented to the CES, like Project Christine from 2014, which seems to have been revisited in Project Sophia. In addition, the Jenga-inspired concept of a modular desktop tower was used in Razer Tomahawk in 2020 and is now being reused in Razer’s new venture.

This forms the backbone of the entire smart desk as the customization happens right here. Users can swap up to 13 modules, including CPU/GPU modules, touchscreen application launchers, tablets, a cup warmer and even a wireless charging unit, as they tailor the workspace to meet their individual objectives.

You may Also Like :  How gaming has improved with new gaming laptops

The modules are magnetic and can be easily snapped into place or removed without much hassle. The modular nature of the smart desk also implies that in case of failure of a single module, the others will continue running without interference. On the other hand, the sheer size of the smart desk indicates that it’s not going to be easy on the wallet. That’s why having the ability to swap parts rather than replacing the whole unit will keep it running for years.

Razer has partnered with Intel for the CPU and NVIDIA for the GeForce GPU, which can be upgraded whenever newer and better versions are available.

The edge of the desk is lit with LEDs from the Razer Chroma RGB. The user can play around with the lighting for functionality or simply for aesthetic purposes.

The desk also comes with an ultra-slim screen display to give the user a fully immersive experience when using it. Customers can choose between a 65” or a 77” display depending on what they are specifically looking for.

→    Different Users Have Been Considered

There are four main categories of users that Razer had in mind for this product, namely gamers, creators, streamers and remote workers. For instance, gamers can add spatial surround sound controls, a system monitoring module and hotkeys for maximized performance.

You may Also Like :  Important facts related to the game of rummy

On the other hand, creators want to focus on producing quality media by installing media controls and some input modules. For example, streamers may prioritize live chat and network performance modules. At the same time, people working from home could go for digital planners, the cup warmer, some privacy controls and maybe a team communication module.

Companies specializing in gaming technology saw a general increase in sales as the number of gamers has kept soaring over the last two years. However, comfort and convenience remain vital as sitting in front of gaming equipment for hours on end has its complications.

Razer has showcased some exciting concepts to the CES over the last couple of years. Even though some did not make it to the market as products, it has always been interesting to see what prototypes they have ready for the show.

Not so long ago, Razer launched the highly criticized Project Hazel (later renamed the Razer Zephyr Pro mask) that comes with an air purifier and features voice amplification. Now, the company seems to be feeling quite confident about Project Sophia, which has also received some intense backlash from critics. However, as interesting as Project Sophia is, we will just have to wait and see how things turn out for the super ambitious inventor.