How Dentures Can Be Used To Solve A Missing Tooth Problem?

How Dentures Can Be Used To Solve A Missing Tooth Problem?

Don’t Delay – Get That Mole Check Out Today!

Don’t Delay – Get That Mole Check Out Today!

Make Your Teeth Shine: A Guide

Make Your Teeth Shine: A Guide
dark circles under the eyes problem 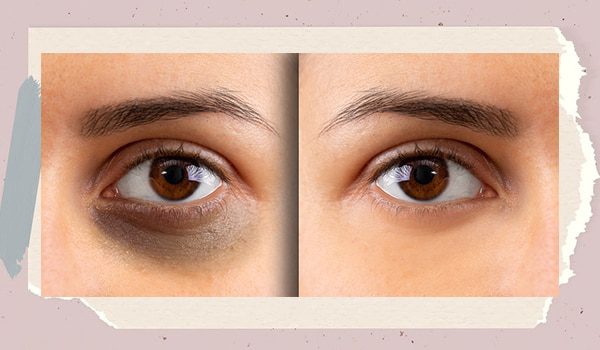 Dark circles under the eyes problem

Always make sure to keep your face clean,. and choose to use skin care products, and cleansing foam by facelabs.co.th

What causes dark circles under the eyes?

Did you know that dark under-eye circles are not caused by little rest or tiredness alone? But there are many factors that cause dark circles on the skin under the eyes. which includes the following factors

You may Also Like :  How to Store Caviar Properly in 2022

Dark circles under the eyes are one of the most common symptoms in allergy sufferers. Which is more common in people with air allergies (Allergic Rhinitis) when exposed to airborne allergens. The body secretes histamine in response to foreign substances. It causes allergic reactions such as stuffy nose, runny nose, and dilates the blood vessels under the eyes. Therefore, the skin under the eyes is visible as a darker color.

You may Also Like :  5 Tips to Reduce Bloating Quickly and Effectively

In addition, Allergic Conjunctivitis may be another cause of problems under the eyes. By causing allergic patients to have red, itchy, swollen eyes and cause frequent rubbing of their eyes. It makes the dark under the eyes more intense.

How to deal with dark under eye problems

Dark circles under the eyes are not difficult to manage. They may use simple techniques that can be done by yourself as follows:

– Get enough rest. Adolescents aged 14–17 should sleep 8–10 hours a day; adults aged 18–64 should sleep 7–9 hours a day. And people over 65 should get 7–8 hours of sleep per day. and adjust behaviors such as waking up and going to bed at the same time every day Avoid eating caffeinated or alcoholic beverages near bedtime. to sleep better

– Use a pillow under the head to support the head higher. This will reduce the congestion of fluid under the eyes. and prevent swelling of the eyes

You may Also Like :  Why New Parents Should Take First Aid Courses Before Baby Is Born

– Cold compress around the eyes This will help reduce swelling. Causing the capillaries under the eyes to shrink and reduce the problem under the dark eyes by using a stainless steel chilled spoon ice wrapped towel Or a damp cloth with cold water to compress the eye for 20 minutes, and repeat once the spoon and towel have cooled.

– Compress the eyes with tea bags. Use green or black tea bags that have been soaked in hot water and then squeezed out. Refrigerate for 15–20 minutes. Place the tea bag on your eyelids for 10–15 minutes, then rinse with clean water.

– Apply eye cream Choose products that contain vitamin A, vitamin C and vitamin E, or natural ingredients like caffeine. Aloe Vera and almond oil This reduces puffiness and helps to brighten the skin around the eyes.

– Use cosmetics such as concealer (Concealer) to help cover up dark circles under the eyes. by choosing the color of the product to be close to the actual skin tone to make the concealment look natural

– Wear sunglasses when going out. In addition to reducing the occurrence of dark under-eye problems from exposure to UV rays (UV), it also helps prevent wrinkles around the eyes.

You may Also Like :  Top Reasons to Consider a Penile Implant

If you take care of yourself with these methods and the dark circles under the eyes have not faded. You may consult your doctor for other treatments such as Laser Therapy, Chemical Peels, and Lower Lid Blepharoplasty.

dark circles under the eyes problem