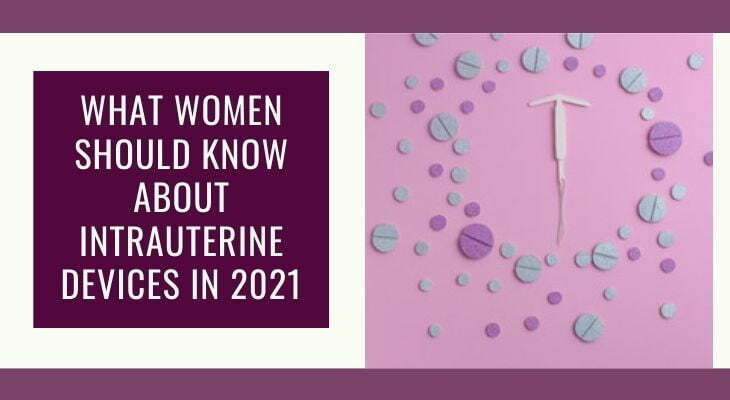 Intrauterine devices or IUDs are much more effective when compared to other kinds of contraceptives. This increases the success rate in preventing pregnancy by almost 99%. Regretfully, you will come across some misinformation related to IUDs that make patients extremely worried about insertion. It is important to know how you should interact with patients about different IUD options to help them feel comfortable when taking birth control decision. Go through this blogpost to get some information about 5 IUD options available.

What you should know about IUDs

You will find lots of misapprehension related to IUDs and its long-term effects. Below have been discussed certain statistics about the complications of women before inserting an IUD:

Less than 10% finds that the IUD falls out of their place.  Your sex partner should know to feel the strings on the IUD and find out the placement of an IUD before enjoying intercourse when they feel worried about it.

The major advantage of getting an IUD is that they remain effective for long period of time but can be removed easily when a woman wants to conceive. The procedure for getting an IUD inserted is indeed short and it is not that invasive than conducting a gynecological examination.

Though some women have found insertion process to be really painful, the procedure requires not more than half an hour to perform but you will have the pain throughout the day like menstrual cramping. The advantages of having an IUD is like contraceptive pills or condoms, you do not have to remember about contraceptive regularly. After getting an IUD inserted, it will be effective for many years.

Common IUD options include – ParaGard, Kyleena, Skyla, Mirena and Liletta. Though all these five brands appear similar, a small and T-shaped plastic piece gets inserted into the uterus. There are some differences between each of them that make some options better than the others depending on the specific needs of women. Here’s what you should know about all the brands.

ParaGard – This non-hormonal ID is covered with copper and can be found in the United States. Rather than depending on progesterone or estrogen to avoid pregnancy, the ParaGard IUD has been wrapped in copper. The copper causes an inflammatory response to the body of woman that prevents sperm from passing through the cervix. Any sperm that can pass through the cervix gets neutralized by copper before the formation of an egg.

You may Also Like :  5 Reasons A Diaper Rash Isn’t Going Away

The main benefit of ParaGard is it is non-hormonal and so, women who suffer from blood clotting or other medical problems may use ParaGard safely when other birth control options do not work. ParaGard may last for a long time than other birth control options and can be safely left inside for at least 10 years. This can be of great benefit for for women who do not want to conceive at present.

Just like other hormonal IUDs, ParaGard won’t lessen the flow of a woman. The inflammation caused through copper may make menstrual bleeding and cramping worse.

Mirena – Mirena is considered to be a progesterone IUD that can work by thickening vaginal mucus of women and thinning of uterine lining. Among the five common IUDs in the United States, Mirena IUD coil fitting in London seems to have the highest hormonal level.

One of the major benefits of Mirena is the high hormone level that can lessen the period of woman. So, many women who use Mirena IUD will be having no period at all. The Mirena IUD will be lasting for almost 5 years, which seems to be a good span of time for women who do not want to conceive presently but want one in future.

You may Also Like :  Start-Up 101: 4 Common Services To Outsource and Cut Costs in Your Business

Mood swings and nausea are common side effects for all types of hormonal IUDs. The higher levels of hormones in Mirena will make the symptoms worse. Besides, thehormonal IUDs are related to an increased risk of ovarian cysts in women.

Liletta – Liletta is believed to be a great IUD option at different free clinics. It consists of somewhat less progesterone when compared to Mirena.

Price is the major benefit of Liletta which makes it a good choice for women who have insurance that do not cover for the IUDs or do not have ant insurance.

Unlike Mirena, Liletta may be the reason for mood swings, nausea and greater risk of ovarian cysts. It is somewhat less effective when compared to Mirena and lasts for 4 years only before replacing it.

Kyleena – Kyleena consist of second low progesterone dose in the market. Though it is an effective IUD, the side effects seem to be less significant than with Liletta or Mirena.

Kyleena lasts for almost five years but the lower progesterone dose means that women with Kyleena will suffer from some period every month.

Unlike all kinds of hormonal IUDs, Kyleena may lead to greater risks of ovarian cysts, mood swings and nausea. But the side effects will be less than with Liletta or Mirena due to smaller hormonal dose.

You may Also Like :  Best Recipes that Inspire you to make Vegetarian Recipes

Skyla – Amongst all hormonal IUDs present in the market, Skyla consist of the lowest progesterone dose.

Skyla is the smallest of all IUDs and can be inserted easily than other IUDs which make it quite comfortable for woman having small cervix. The low progesterone level denotes Skyla allows women to have their periods while, at the same time, lessening its side effects.

The major disadvantage of Skyla is that you should get it replaced in every 3 years, This means it is not very effective as birth control solution for long term like other IUDs. Though other side effects are often not pronounced with other progesterone IUDs, Skyla has some risks with ovarian cysts, mood swings and nausea.

When discussing about the fertility health of women, you should consult with a gayne expert who will give comprehensive information about different IUD options and private coil fitting in London. This will enable to take informed decisions for your reproductive health and prevent unwanted pregnancy for the time being.