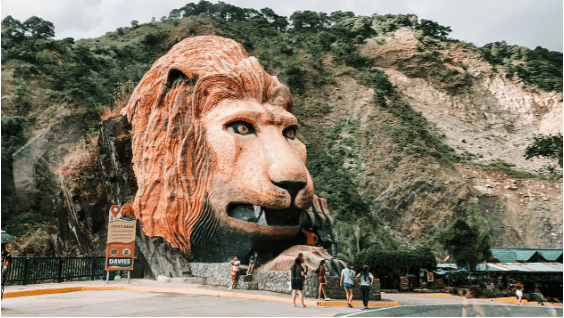 The 5 Most Influential Architects In The Philippines

Read more down below about how these inspirational and innovative thought leaders and their respective work have made a significant impact in the design scene here in the Philippines and beyond!

Philip Lu is the Principal Architect of ALP Tordesillas, one of the premiere architectural firms in the Philippines. After passing the Architectural board examination in 1992, Philip Lu immediately joined DP Architects Pte. Ltd. in Singapore. In Singapore, he practiced and honed his design skills. He played a crucial role in the development and production of Marina Square Leisureplex under Marina Center Holdings.

Marina Square Leisureplex comprises a commercial complex with 6 cinemas by Golden Village. Lu’s other projects under DP Architects include projects in KL, Myanmar, and China. After a fruitful design career in Singapore, he joined DP Consultants Inc., Philippines, Manila in 1999 as the organization’s youngest Associate Architect.

You may Also Like :  6 Benefits of Owning a Dive Watch

Lu launched APL Architects thanks to a stream of projects and developments he received. In 2015, APL Architects collaborated with world-renowned and London-based designers YOO and Philippe Starck on a celebrated Boracay beach resort. As of this writing, Lu continues to provide value alongside years of expertise and experience to design locally and internationally.

“Love Local” is the mantra Maricris Floirendo-Brias lives by. After graduating from Graphic Arts at Goldsmiths College, University of London, Floirendo-Brias dedicated her life to studying and collaborating with the diverse and various ethnic tribes of the Philippines. The epiphanies she had made during her time collaborating with Filipino ethnic tribes led her to found TADECO Home as a development programme.

TADECO Home supports the wives and dependents of workers at a Mindanaoan banana plantation and has been around since 1962. TADECO Home rebranded to its current name from  TADECO Livelihood and Training Center in 1989, using the company’s existing resources in order to create home products for export. Now, TADECO Home continues to provide handicrafts and provide a livelihood to communities.

Budji Layug’s pioneering idea of Filipino design fit effortlessly and seamlessly into the narrative that he would expand his knowledge, experience and network through trade expositions.

You may Also Like :  Watch Parts 101: How to Modify Your Own Watch

Layug first attracted attention in the 1970s, when his bamboo chairs were sold in Bloomingdales New York. Alongside architect Royal Pineda, the two of them launched their architectural firm, Budji+Royal. Budji+Royal’s total design approach marries function and flow into the spaces that surround the homes and structures of their clients. On an individual level, Budji Layug’s design style remains present and ever-changing.

Daniel Romualdez was born and raised in Metro Manila. He moved to New York so he could pursue his studies at Yale and Columbia University. Romualdez’s work notably has an ingenious usage of color and vibrant prints, mixing them with antiques and mid-century furniture of classical style. He is among the most sought-after interior designers and architects in America and Europe.

At the height of the pandemic, Paulo Alcazaren’s work attracted attention and made rounds online. This inspired a frustrated populace with viral sketches of reimagined Metro Manila spaces. From elevated walkways to flood-resilient structures, Alcazaren has always and constantly been designing possibilities in cities characterized by challenges brought on by bureaucracy and policy.

You may Also Like :  A Simple Guide About Blood Tests And What To Expect From Their Results

Alcazaren is the head of PGAA Creative and has a Master’s degree in Urban Designing from the National University of Singapore, where he was awarded the Singapore Institute of Architects’ Book Award upon completion. His projects span Asia to the Middle East. His work includes the 10-kilometer Esplanade in Iloilo City, park and pedestrian networks in Makati and Ortigas’ Central Business Districts, and the shopping landscape of Orchard Road in Singapore.

Alcazaren’s thought leadership was practiced when he was the editor-in-chief of BluPrint magazine for ten years. He currently writes a column in The Philippine Star and has authored books on urban design, architecture, and green cities. His work continues to inspire people to dream of a greener and more public-friendly outdoor spaces in the Philippines

Filipinos are among the most talented people in the world. In the field of architecture, they continue to shine, especially if given the opportunity.

With these eminent architects making their way in the world through the spaces we navigate, it remains a reminder for people that it is possible to dream of better spaces for us all.

Angelo Castelda works as a feature writer in Asia. On his free days, he likes to read books and magazines about the latest architecture news and trends. This ultimately made him fall in love with architecture and now spends most of his time writing about it.

You may Also Like :  Things You Need To Know About Blood Types
Author’s Bio:, Budji Layug, Daniel Romualdez, Maricris Floirendo-Brias, Paulo Alcazaren, Philip Lu, the 5 most influential architects in the philippines, Wrapping up